TF-IDF is one of the most popular measures that quantify document relevance for a given term. It is extensively used in Information Retrieval (ex: Search Engines), Text Mining and even for text-heavy Machine Learning use cases like Document Classification and Clustering. Today we explore the better half of TF-IDF and see its connection with Probability, the role it plays in TF-IDF and even the intuition behind it.

Inverse Document Frequency (IDF) is a measure of term rarity which means it quantifies how rare the term, in the corpus, really is (document collection); higher the IDF, rarer the term. A rare term helps in discriminating, distinguishing and ranking documents and it contributes more information to the corpus than what a more frequent term (like a, and and the) does.

The IDF was heuristically proposed in the paper "A statistical interpretation of term specificity and its application in retrieval" (Spärck Jones, 1972) and was originally called Term Specificity.

The intuition behind IDF

In order to quantify the term rarity, the heuristic says we need to give higher weight to the term that occurs in fewer documents and lesser weights to the frequent ones. Thus this measure (weight) w of the term is inversely proportional to the number of documents in which it is present (called Document Frequency) - and hence the measure is called Inverse Document Frequency. 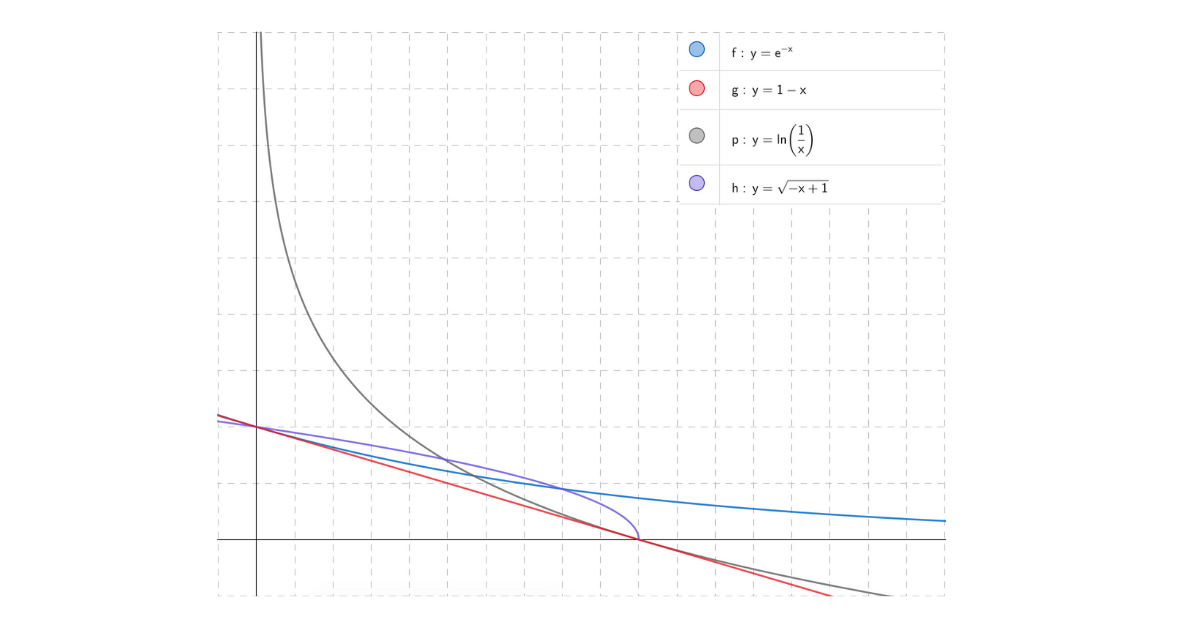 The more frequent words, like a, and and the will lie on the far right of the plot and will have a smaller value of IDF.

The most common IDF 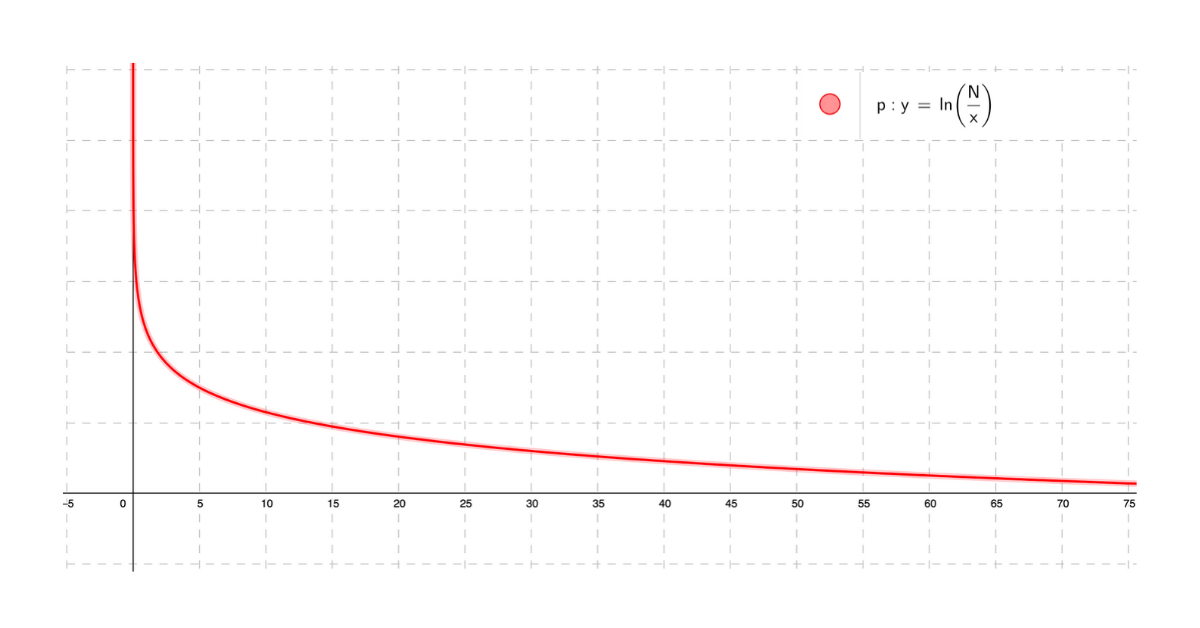 What would be the probability that a random document picked from a corpus of N documents contains the term t? The answer to this question is the fraction of documents, out of N, that contains the term t and, as seen above, this is its Document Frequency.

The fraction inside the logarithm in the IDF function is oddly similar to the above probability, in fact, it is the inverse of probability defined above. Hence we could redefine IDF using this probability as

By defining IDF as a probability, we could now estimate the true IDF of a term by observing a random sample instead and computing IDF on this sampled data.

Computing IDF for a single term is fine but what happens when we have multiple terms? How would that fare out? This is a very common use case in Information Retrieval where we need to rank documents for a given search query, and the search query more often than not contains multiple terms.

Given this, we could derive the IDF of two terms in conjunction as follows

Note: IDF on conjunction could be made much more complex by not assuming statistical independence.

Other measures of IDF

The decreasing functions we see in the first section of this article were just some examples of possible IDF functions. But there are IDF functions that are not just examples but are also used in some specific use cases and some of them are: 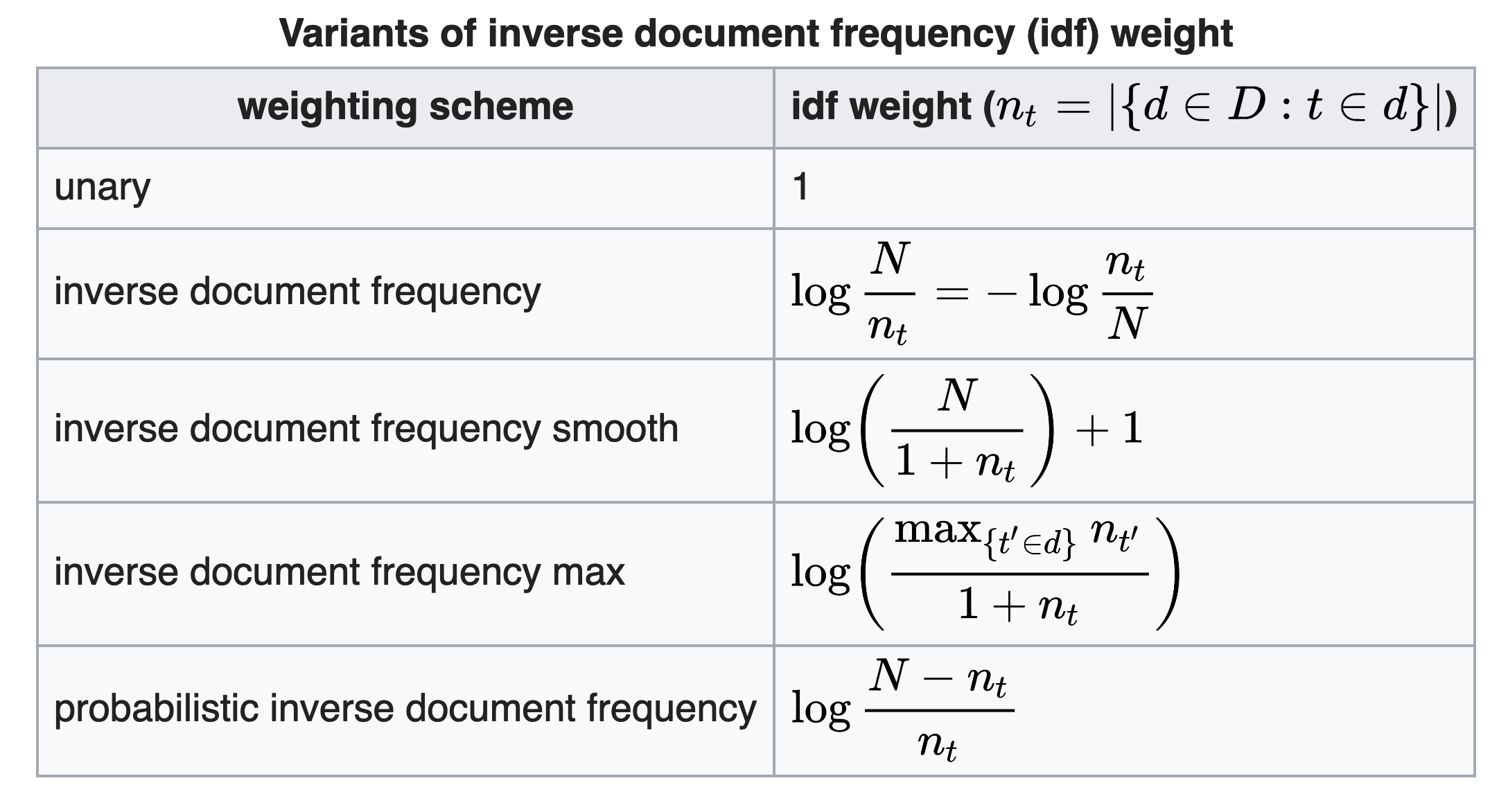 Most of the IDF functions only differ in the bounds they produce for a given range of document frequency. The plots of 3 IDF functions namely - Common IDF, Smooth IDF, and Probabilistic IDF, are shown below: 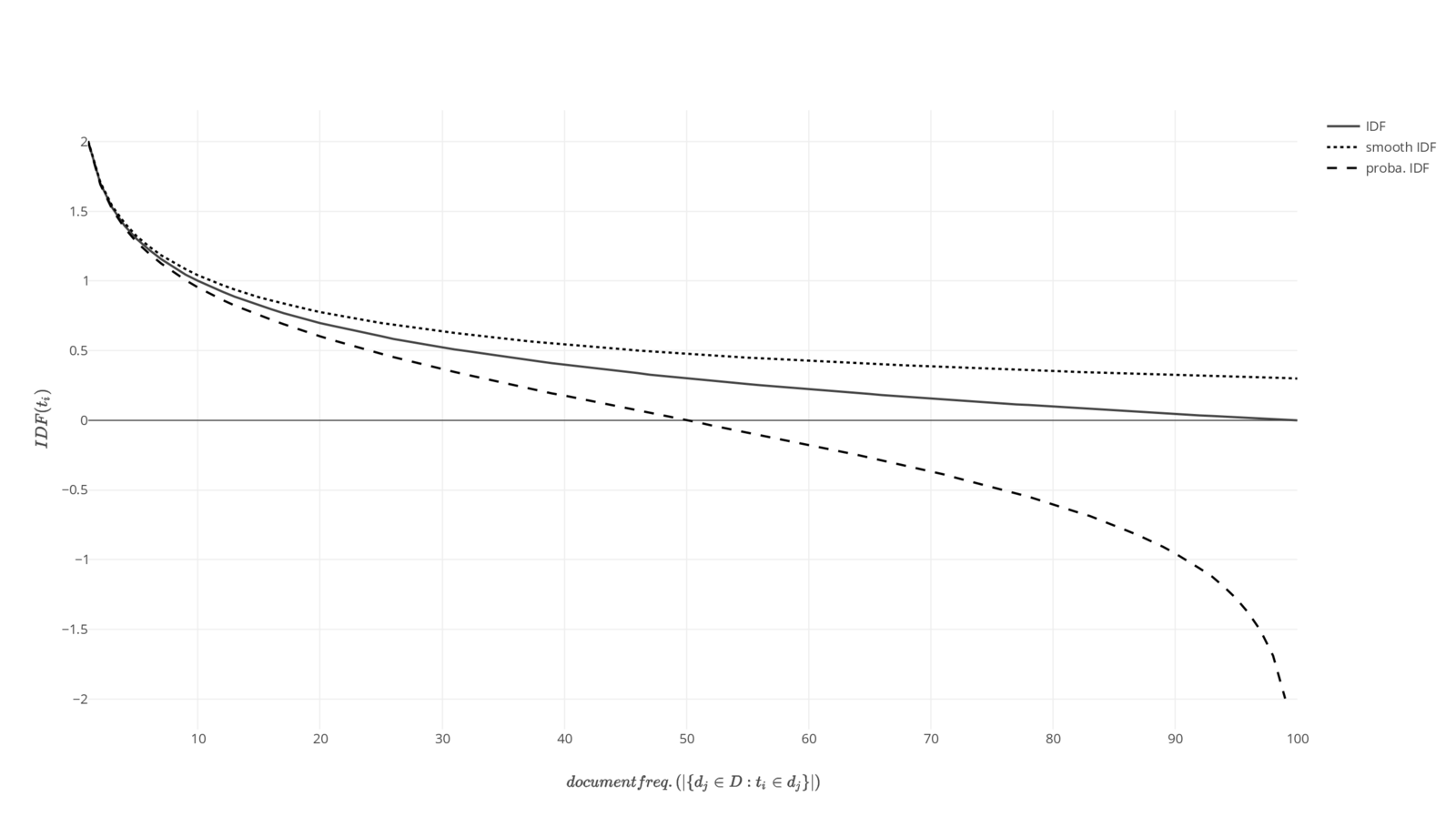 By observing the plots of 3 different IDF functions it becomes clear that we should use Probabilistic IDF function when we want to penalize a term that occurs in more than 50% of document by giving it a negative weight; and use a Smooth IDF when we do not want a bounded IDF value and not undefined (for DF(t) = 0) and 0 (for DF(t) = N) as such values ruins a function where IDF is multiplied with some other scalar (like Term Frequency).

Similarly, we could define our own IDF function by deciding when and how the penalty to be applied and defining the parameters accordingly.

Role of IDF in TF-IDF

TF-IDF suggests how important a word is to a document in a collection (corpus). It helps search engines identify what it is that makes a given document special for a given query. It is defined as the product of Term Frequency (number of occurrences of the term in the document) and Inverse Document Frequency.

This article is mostly based on the wonderful paper Understanding Inverse Document Frequency: On theoretical arguments for IDF by Stephen Robertson.

Images used in other measures of IDF are taken from Wikipedia page of TF-IDF.

One of the most complicated concepts to wrap our heads around has to be recursion; to understand it well it always helps...

C language does not support inheritance however it does support Structure Compositions which can be tweaked to serve use...