Every multi-master replication setup comes with a side-effect - Conflicts. Conflict happens when two or more database accepts conflicting updates on the same record. We say that the updates are conflicting when we are unable to resolve them to one value deterministically. In this essay, we talk about conflicts and understand what they are, how to detect them.

Say we are building an online book store allowing users to purchase books at the click of a button. Like any e-commerce application, even ours has a Shopping Cart, which acts as a staging area for everything the user shops for. The user likes a book, adds it to the cart, and proceeds to pay once the shopping is done, proceed to payment. When a user adds a book to the cart, this operation can never be forgotten or rejected - as it will result in loss of revenue and a very poor user experience.

Say the user had books B1, B2, B3 in the cart already, and this state of the cart is consistent in both the master nodes Master 1 and Master 2. Say the user just added book B4 to the cart, and this request went to Master 1 which makes the local state of Master 1 to be B1, B2, B3, B4, while Master 2 continues to remain at B1, B2, B3. 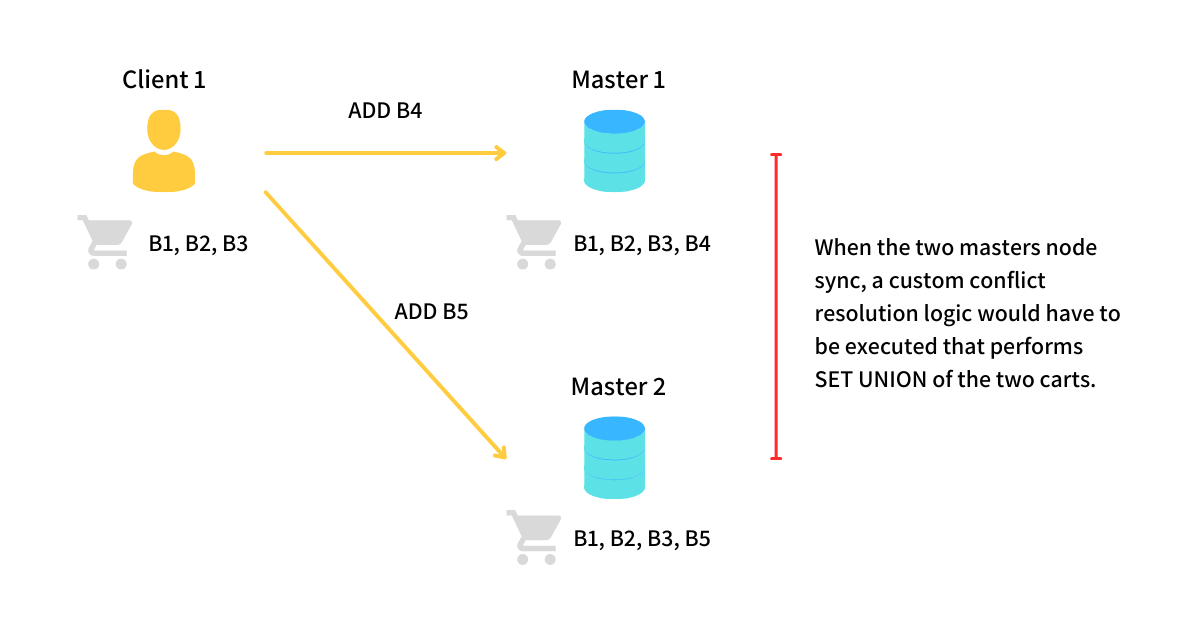 Thus, we have two versions of the same shopping cart. When the two master nodes syn, they will detect a conflict that needs to be resolved. The resolution to this conflict is not as simple as replacing one with the other because replacement will lead to the loss of information.

The correct way to address this situation is that we will have to merge the two versions of the cart such similar to the set union. This is a classical case of Conflict Detection and Resolution, and the possible resolution strategy depends on the application and context.

In the above example, we saw a custom conflict resolution strategy in a real use case, but resolving conflicts is not always possible. For example, when two users book the same seat for the same movie, the requests go to two different Masters, and both successfully acknowledge the user confirming the seat. Thus, in this case, the same seat for the same movie show was allotted to two different users. But, since we already sent the confirmation to the user, there is no way to resolve this conflict without giving one of the users an extremely poor experience.

Detecting conflict is simple when we have a single Master node, given that we can serialize all the writes going through it - the second write waits while the first one executes. 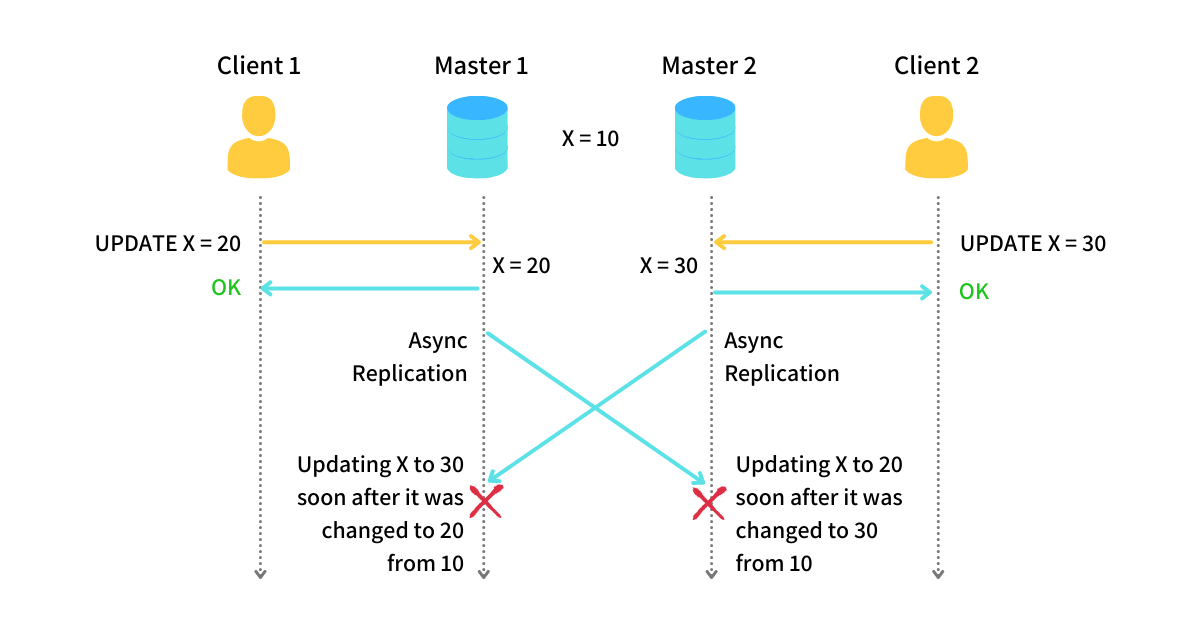 Given that it becomes tough to do something after we detect a conflict when the master-master replication is asynchronous, a possibly easier way out would be to make replication synchronous. In this setup, when one of the Master nodes accepts write, let is successfully apply to its own copy of data and synchronously propagate the write to other Master nodes before responding to the client. 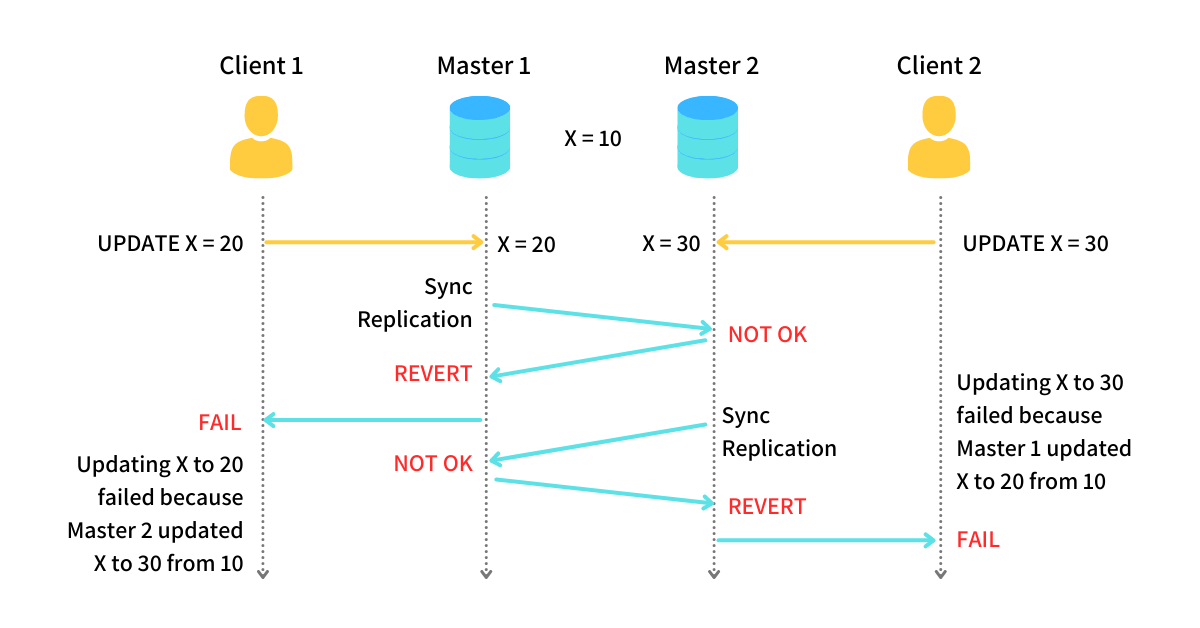 Although this approach solves the problem of detecting conflicts and getting a chance to resolve them, it makes the setup lose its main advantage of allowing multiple masters to accept writes in parallel.

While designing a Distributed System, it is essential to pick the right kind of architecture. Usuall...

In this essay, go in-depth to understand ways to resolve and avoid conflicts in a multi-master setup...

Asynchronous replication leads to a fascinating situation where it feels like we are going through a...

In this essay, we learn about a set of false assumptions that programmers new to distributed applica...