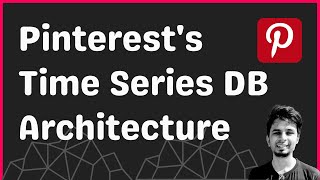 Pinterest built their own time-series database named Goku because existing databases did not fit their requirements, here is the architecture of it.

Pinterest used OpenTSDB to hold their time-series data but it didn’t work very well at scale. The two key aspects that hurt them were

Goku stores 24 hours’ worth of data in-memory with a configured periodic flush to the disk. The most recent query is fired to this in-memory store for quick evaluation.

Goku is a shared time-series database and each shard may contain data from multiple time series. Each Goku instance holds Bucket Map within which the time-series data resides. Each bucket holds data for a 2-hour window.

The writes on each time-series data go to the bucket map, within which it writes to a mutable buffer. Once the window is done, the buffer becomes immutable.

During a query, the request comes to a Goku Proxy which, if required, fans it out to all the involved shards. Each shard does the computation on its share of data and sends the response back to the coordinator/proxy node.

The coordinator/proxy node aggregates the response and sends it back to the client, thus completing the operation.