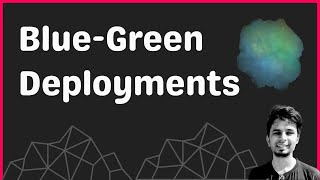 Blue Green Deployment is a deployment pattern that reduces the downtime during deployment by running two identical production setups called - Blue and Green.

During deployment when we reboot the API servers there are chances that the incoming request fail because the server is unresponsive for a short period. Also, it might happen that the release had a major bug and we need a quick rollback.

How can we achieve both of them in one shot? The answer is Blue Green Deployment.

Blue Green deployment is implemented by having a separate fleet of infrastructure for the old version - Blue and the new version - Green. The new infrastructure is identical to the old one.

When to use Blue Green Deployment?