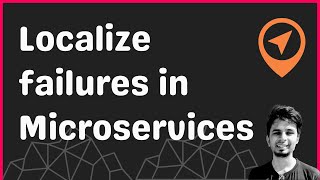 Outages are inevitable; but we should design our architecture and ensure that if a component is down, it should not lead to a complete outage.

What happened with GitHub?

GitHub saw a lot of failures with their Actions service and this led to delays in queued jobs from being processed. The root cause was some infrastructure error in the SQL layer.

Insights about their architecture

A couple of insights about their architecture

Although GitHub Actions look like a single feature, internally it consists of multiple microservices. Some of these, have a synchronous dependency on the database. Because of this, when the DB had a hiccup, the entire Actions feature was hindered.

The service that was most affected in this outage handled communication; why would services need authentication? After all, they are all internal to the infrastructure?

Microservices talk. The communication needs to be protected with auth so that any engineer/service gone rogue cannot abuse the system in any capacity. Only authenticated and authorized services are allowed to take action.

What about automatic failover?

Given that the outage happened on the database layer, why did the database do not auto-recover? It is a standard procedure and configuration that would have just promoted a replica to be the new master.

Although it is a common config, during this outage the metrics did not show any issue with the database, and hence the auto-failover was never triggered. It took a long time to even understand the root cause and then start mitigation.

The automation that reads the telemetry and decides to do a failover needs to be updated so that such failures are detected and action is taken.

An important long-term change that needs to be driven is to localize the failure. In this outage, we learned how a hiccup in one database/service causes downtime of all dependent Microservices. This shouldn’t have happened, as the Microservices are supposed to solve this very problem.

A good way to ensure that the blast radius of the outage is minima; is by ensuring the failures are localized, implying, that when a service is down, only the service is affected while everything else is functioning perfectly fine.

A common approach to getting this loose coupling is by powering inter-service communication through the asynchronous medium instead of synchronous API calls. Thus, if something breaks, we could fix it and continue to process the messages.